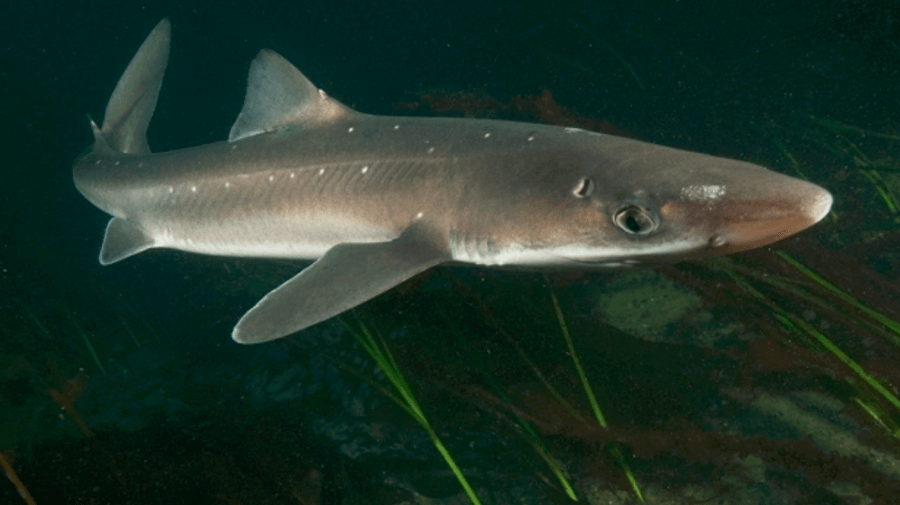 According to a published study about animal testing, the synthesis of a steroid found naturally in the spiny dogfish – a species of shark – prevents the accumulation of a protein associated with neurodegenerative diseases. The accumulation of this protein, alpha-synuclein is the trademark of Parkinson’s disease and Lewy body dementia. This could be a potential new component of therapeutic research.

The study, published in the review Proceedings of the National Academy of Sciences, also demonstrated that the synthesized steroid, known as squalamine, reduces the toxicity of existing alpha-synuclein clusters.

We can literally see that squalamine, which we give orally to worms, prevents the accumulation of alpha-synuclein and it also prevents muscular paralysis in worms, says Michael Zasloff, co-author of the study and professor of surgery and pediatrics at Georgetown University’s School of Medicine.

Zasloff, an expert on innate immune systems, has studied squalamine for 20 years. He discovered it in spiny dogfish in 1993 and synthesized it in 1995 with a process that did not involve any of the shark’s natural tissue. His work and that of other researchers has established its antiviral and anticancerous properties. This is the first in vivo study of Parkinson’s disease to suggest squalamine’s neurological benefits.

Alpha-synuclein is a normal protein found in the nervous system, but in Parkinson’s disease it forms toxic clusters that damage and destroy the neurons to which it attaches. There have been numerous studies on how to prevent the formation of these masses. In this study, the researchers conducted a series of in vitro experiments showing that squalamine, a positively charged molecule with an affinity for negatively charged members, can literally expel the alpha-synuclein accumulation from negatively charged membranes and thus prevent the formation of toxic clusters.

According to Dr. Zasloff: Initially we concentrated on Parkinson’s disease due to a clear relationship between squalamine’s functioning and the disease’s pathophysiology. We think that there are other neurological conditions that could be treated with squalamine, but our clinical trials will concentrate on Parkinson’s and its non-motor symptoms.

The team also showed that squalamine can protect healthy neural cells against damage from alpha-synuclein masses that have already formed by preventing them from adhering to the neural cells’ external membranes. The researchers then extended their studies to living systems, the C. elegans, which are the current animal subjects in Parkinson’s disease. Zasloff concludes: Oral administration of squalamine prevented the formation of toxic alpha-synuclein clusters in this complex animal and saved it from paralysis.

Studying squalamine for its properties has been a research subject for several years. In 1998, a study suggested squalamine’s beneficial effects on tumor development in two in vivo animal experiments. There was also phase 1 of a clinical trial that measured squalamine’s toxicity dose, concluding that the component could be used in the final stages of lung or ovarian cancer and stay within human toxicity limits. Note that the researcher’s recommendation in this 2001 study only concerns phase 2’s clinical trials.

The Mysteries of Precocious Puberty