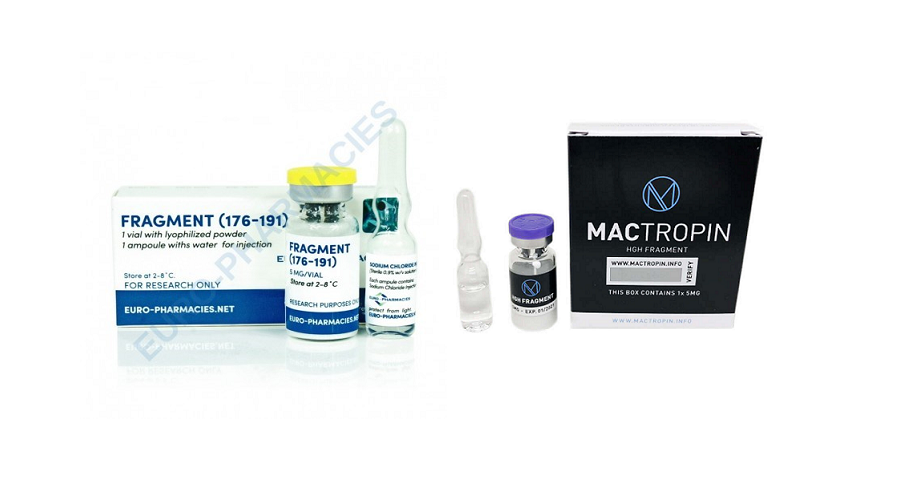 HGH FRAG 176-191 is known as the most powerful peptide for weight loss. It’s a fragment of human growth hormone and helps burn fat mass. It is known for reducing body fat, particularly in the stomach. HGH Fragment 176-191 can regulate fat metabolism without causing insulin problems or other undesirable side effects.Scientists discovered that HGH FRAG 176-191 stimulates lipolysis much better than HGH. Lipolysis is the decomposition of fat mass, so they concluded that HGH FRAG 176-191 inhibits lipogenesis. That is, it helps stop the formation of fatty acids and other lipids. However unlike other peptides or fat burning approaches, individuals who use HGH FRAG 176-191 have rarely or never shown hunger or nervousness caused by ephedrine. Also, HGH FRAG 176-191 does not compete with HGH receptors which means that it does not cause hypoglycemia.

HGH FRAG 176-191 also helps the synthesis of cell proteins in the blood. It gradually improves mineral bone density and users’ sleep. It is particularly useful for older people who tend to gain weight with age.

It is recommended to take HGH FRAG 176-191 for three months, and above all do not extend usage beyond six months.

HGH FRAG 176-191 vials contain a lyophilized powder that should be protected from light in a dry and cool place. The injection liquid should have a base of injectable sodium chloride, bacteriostatic water or sterilized water.

What’s the price of HGH