The
Dapoxetine
represents an organic compound of the family of selective
serotonin reuptake inhibitors
(SSRIS).

Its marketing begins in 2009 in several European countries, under the name
Priligy
. It was then sold in Germany, France, Spain, Italy, Finland and Sweden.

However, the first information on this drug was published in 2000 by the famous pharmaceutical company Elli Lily. The discovery of Dapoxetine was made by the company Lilli, which will conduct the first clinical trials.

Dapoxetine was studied for many years. The rights to develop and market the compound were then successively passed on to several companies. From 2001 to 2018, Dapoxetine was owned by the following four companies: Elli Lily, PDD, Johnson & Johnson, Menarini.

Its particularity: its rather short half-life allows it to develop its maximum concentration in the body, after only 1 hour after intake. It then dissipates between 6 to 8 hours. It is therefore particularly suitable for on-demand treatment, just before sexual intercourse

Dapoxetine is marketed under different names. The best known is Priligy, from Janssen-Cilag laboratories. But the active ingredient Dapoxetine is also sold under the names
Kutub, Duratia
or
Poxet.

3. Who is Dapoxetine for?

According to statistics, 1 out of 3 men will be affected by premature ejaculation.

4. The Effectiveness of Dapoxetine proven by scientific studies:

Several studies have been carried out internationally to evaluate the action and effectiveness of Dapoxetine. These different studies all demonstrated that Dapoxetine significantly increased the intravaginal ejaculatory latency time (IELT) and allowed for better control of ejaculation.

In 2011, a study was set up to evaluate the side effects of Dapoxetine on men. The study was conducted on 6,000 volunteers, across 25 countries. The results showed a very good acceptance of the drug by the body.

These studies were confirmed by those conducted in December 2014 and April 2015.

To better understand the action of Dapoxetine, let’s first go back to how ejaculation works.

The brain represents the reception and management center of the sensory information produced during the physical and mental excitement phase. The
serotonin
will then play a capital role in the control of the ejaculation.

The
serotonin
is a neurotransmitter. It is secreted by the neurons in the brain. Its role will be to transmit information between neurons. Through its action, serotonin will then intervene in numerous physiological functions such as mood, sleep, eating and sexual behavior.

A serotonin deficiency will lead to various dysfunctions in the body such as premature ejaculation.

To treat premature ejaculation, you will need to improve the levels of
serotonin levels
.

Dapoxetine will act on the functioning of serotonin. Indeed, Dapoxetine will block the molecules transporting serotonin to the brain. Thus, it will reduce the amount absorbed by the nerve cells. Serotonin is no longer absorbed by the nerve cells and is therefore found in large quantities in the body. As the neurotransmitter continues to circulate, it will concentrate in the cerebrospinal fluid and allow maintain the excitement longer. The reabsorption of serotonin being necessary to feel the orgasm, by blocking this reabsorption, Dapoxetine allows to delay ejaculation. 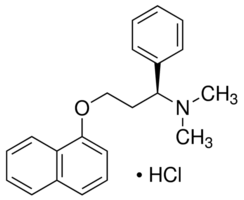 Taking Dapoxetine has many benefits:

7. Side effects and precautions with Dapoxetine:

As its action is quite short (6 to 8 hours), Dapoxetine does not cause no major side effects. Studies have shown that the substance is very well tolerated by the body.

It should be noted, however, that Dapoxetine is contraindicated for people with liver failure, heart disease or bipolar disorder.

In addition, Dapoxetine should not be used in conjunction with a course of
Tramadol
or
Lithium
or
St. John’s wort
of
Tryptophan
or
Thioridazine.

Dapoxetine should not be taken in conjunction with treatment for depression, schizophrenia, bipolar disorder or migraine, as there is a risk of developing serotonin syndrome (excess serotonin in the brain).

In addition, Dapoxetine is not compatible with a course of
Tramadol
or
Lithium
and
St. John’s wort
of
Tryptophan
or
Thioridazine
. Any medication that increases 5HT levels should be avoided.

Do not drink alcohol during the Dapoxetine treatment to avoid the risk of syncope.

Dapoxetine comes in 30 mg or 60 mg tablets, to be taken by mouth. The recommended dosage :

It is suggested to take 1 tablet of 30 mg, 1 to 3 hours before sexual intercourse. Never take at the first intakea dose of 60 mg.

If the user does not feel any effect with the 30 mg dose, he/she can then take 1 60 mg tablet at the next intercourse.

Dapoxetine is taken on demand without exceeding 1 tablet per day.

According to the studies conducted Dapoxetine allows to maintain ejaculation 4 times longer.

11. Is Dapoxetine suitable for women?

Acting only on premature ejaculation, Dapoxetine does not concern female problems.

Because of its proven effectiveness and its lack of side effectsDapoxetine is available in any physical pharmacy upon presentation of a prescription from the treating physician.

However, for the sake of discretion, on this problem of premature ejaculation, online pharmacies or e-commerce sites have started to offer Dapoxetine, without prescription or only with an online consultation with a health professional.

Dapoxetine represents a real scientific advanceDapoxetine has been proven to be effective in the treatment of premature ejaculation.