The way Clenbuterol acts in the body is quite simple. In terms of performance enhancement, this powerful bronchodilator stimulates the beta-2 receptors. Of Clenbuterol’s various effects, users are commonly attracted by burning fat. It’s original purpose to increase cardiovascular activity is now secondary. Let’s take a look at this compound’s metabolic efficiency and its effects.

Clenbuterol’s Impact on the Metabolism

Clenbuterol hydrochloride is a bronchodilator made for treating chronic asthma and other cardiovascular afflictions, but today it is best known for its ability to burn fat. Clenbuterol powerfully influences the metabolism in a simple way: it stimulates the beta-2 receptors, which increases total metabolic activity. One of Clenbuterol’s first effects is an increase in body temperature caused by the beta stimulation of the cells. This forces the cell mitochondria to produce more heat, so the body becomes warmer and the metabolism works more quickly to burns fat. 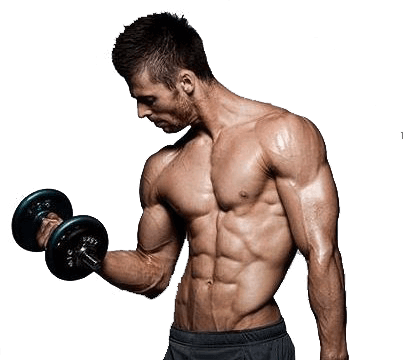 Clenbuterol is like fire. Its immediate effects revolve around increasing metabolism with heat. Consider increasing heat in fires. The stronger and more intensely the fire burns, the more quickly the kindling disappears. Clen does the same, but in this case the kindling is body fat. While this is Clenbuterol’s main contribution to losing fat, Clen also suppresses appetite in some users…but it’s impossible to predict if you will experience lower appetite or not; the only way to know is to try. It seems to be one of those products with no middle ground: either your appetite will be suppressed or it won’t. 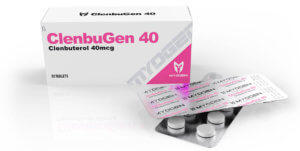 As a powerful stimulant, this medication can make some users more irritable than normal, which is very annoying. Some athletes will also suffer insomnia, particularly during the first days of usage, but fortunately if most of your Clen doses are taken early in the day, you should not have any major problems. These effects are not overly dangerous and can’t directly lead to death or serious problems, but some may prefer not to use Clenbuterol. Finally, and this is only an anecdote, some many suffer muscle cramps after using Clen. However if you drink enough water every day this will not be a problem.

While these effects can be troublesome, they are not dangerous, But there is one potential side effect that can be dangerous: cardiac hypertrophy, which is the enlargement of the heart’s ventricles. This is not harmless or healthy for the heart, but this side effect appears only if you abuse Clenbuterol. Keep your dosage and cycle length reasonable, and such an effect should not occur.